A veteran cop with more than 20 years of experience is teamed with a young Inspector to solve crimes in San Francisco. 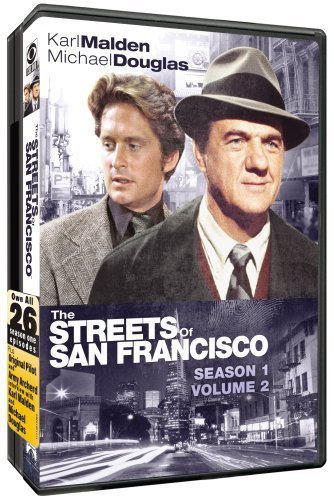 The First Day of Forever

A would-be Jack The Ripper stalks the city, slashing to death prostitutes. Stone assigns a resistant Keller with protecting a prostitute who has been threatened.

A businessman who flew in from Los Angeles (the time it takes to fly from L.A. to S.F. is the source of the title) for a convention meets a woman at the convention center and agrees to join...

Whose Little Boy Are You?

Stone and Keller contend with an AWOL Vietnam War soldier determined to abduct a five-year-old child.

When a parolee whom Stone once coached in the Police Athletic League is accused of murdering another ex-con, Stone, Keller and a caring social worker rally to his defense.

In the Midst of Strangers

A city official is murdered in a botched mugging by a gang of three sophisticated criminals unaware of his high profile. The mayor, convinced it was a political assassination, orders Stone and Keller to crack the case.

The Year of the Locusts

A band of modern-day Gypsies descends on San Francisco, its aging patriarch unaware that the younger generation has moved on from the traditional flim-flam to million-dollar heists and murder.

An ex-con college professor takes a bullet to the shoulder when a hit-man murders a blackmailer. But the professor refuses to have the bullet removed, and the hit-man is hot on his trail to recover the incriminating bullet.

A child is murdered in a bungled burglary and the killer is set free on a legal technicality. Despite Stone's strenuous objections, the grieving father is determined to take justice into his own hands.

Grand theft cobra venom? That is what seems to be the charge, along with murder, when a robbery attempt of an Asian ship goes wrong and leads to a wild gunfight. A longshoreman is killed ...