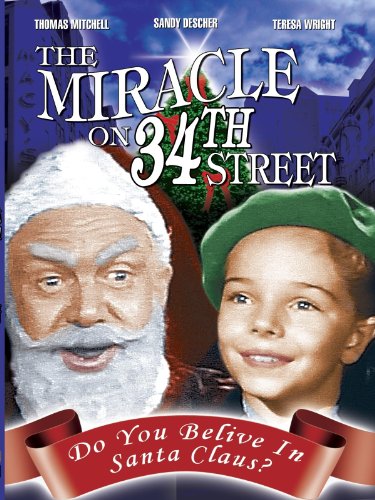 The Miracle on 34th Street

One Kris Kringle, a department-store Santa Claus, causes quite a commotion by suggesting customers go to a rival store for their purchases. But this is nothing to the stir he causes by announcing that he is not merely a make-believe St. Nick, but the real McCoy. The production is followed by a preview of scenes from the Fox feature film The Rains of Ranchipur, starring Lana Turner, Richard Burton, Fred MacMurray, and Michael Rennie. This behind-the-scenes portion was produced and directed by Joe Parker.