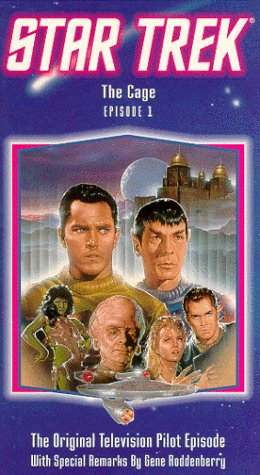 This is the pilot to the series that would star William Shatner. Only in this version there is different Captain, Christopher Pike, and with the exception of Mr. Spock, an entirely different crew. Now it begins when the Enterprise receives what appears to be a distress message. But when they get to the planet where the message was sent from, they discover that the supposed survivors were nothing more than illusions created by the inhabitants of the planet, for the purpose of capturing a mate for the one genuine surviving human, and Captain Pike is the lucky winner. While Captain Pike tries to cope with the experiments and tests that the aliens are conducting on him, his crew tries to find a way to rescue him. But the aliens' illusions are too powerful and deceptive (at first).