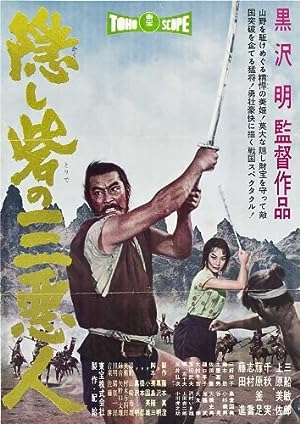 The story follows two greedy peasants in feudal Japan, Tahei and Matashichi, who are returning home from a failed attempt to profit from a war between neighboring clans. En Route they encounter the remnants of the defeated tribe that consists, most notably, of a famous General and a Princess who are hiding out in a fortress in the mountains. General Rokurota Makabe and Princess Yuki need to escape into allied territory with their large supply of gold so that they can rebuild their shattered clan.