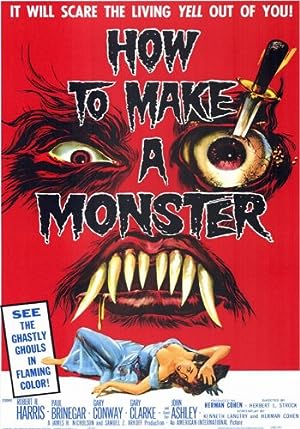 Accomplished but eccentric movie make-up artist Pete Dumond has been with the studio for decades and is totally devoted to his art especially in the creation of screen monsters. His world ends abruptly when new management acquires the company and arbitrarily decides that the horror cycle has run its course, and the studio will now concentrate on escapist musicals. When Dumond hears he will be pink-slipped, the neurotic but usually affable Pete turns psychotic and vows vengeance on the two movie executives responsible.