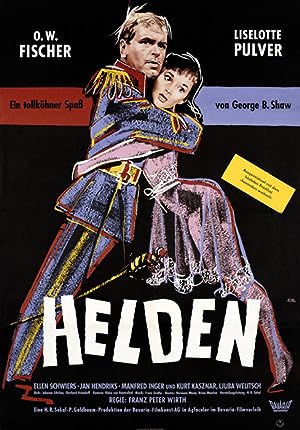 1865: Swiss captain Bluntschli fights as mercenary in the war between Bulgaria and Serbia. When his group's attacked by a few Bulgarian troopers, he learns that he's got the wrong ammunition for his cannon and has to flee. His flight leads him right into the bedroom of his enemy's fiancée.